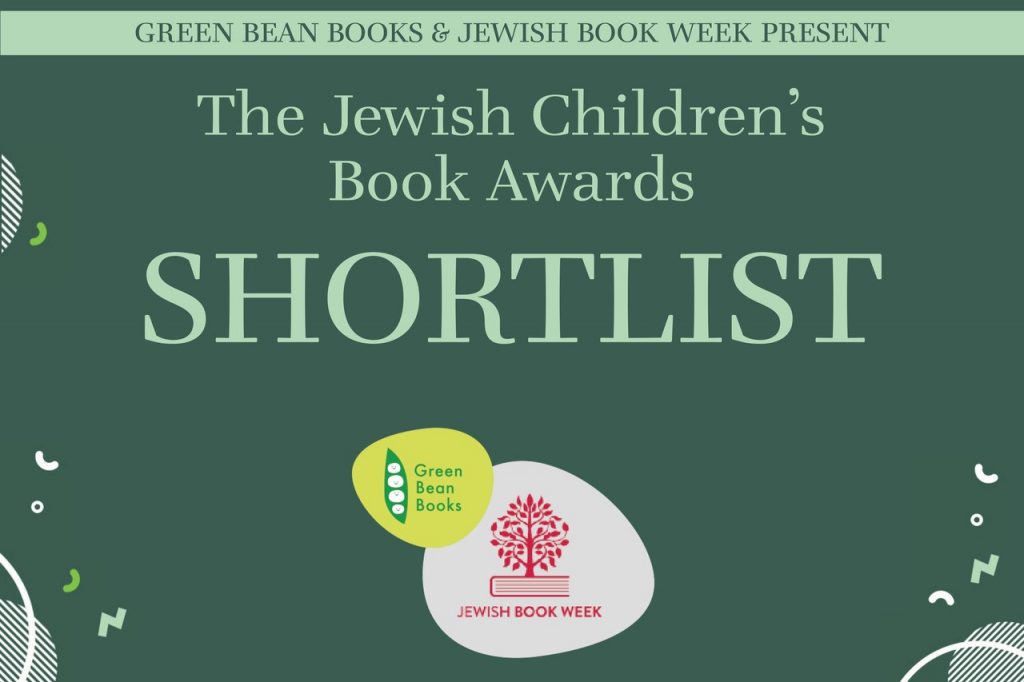 Green Bean Books and Jewish Book Week are delighted to reveal the shortlists for the inaugural Jewish Children’s Book Awards. Entries were received from across Europe and Israel and the winners of the two categories – writing and illustration – will be announced during Jewish Book Week at Kings Place on Sunday, 6 March 2022. The winners will each receive £1,000 and their work will be considered for publication by specialist Jewish children’s book publisher Green Bean Books.

The shortlist for the illustration prize is:

The Wonder Room Of Grandma Masha by Yael Albert

The shortlist for the writing prize is:

The Thank You Tomatoes by Tamar Weiss-Gabbay

Judge Michael Leventhal commented: “I’m delighted that in the inaugural year of the award we received so many excellent entries from so many countries. We enjoyed a brilliant range of material, with beautiful artwork and some wonderful texts”. The awards are judged by author and chair of the book selection committee of PJ Library Chris Barash; publisher of Green Bean Books Michael Leventhal; director of the Children’s and YA department at Kinneret-Zmora-Dvir Yael Molchadsky; and translator and author Lawrence Schimel.

Yael Albert: Through an inventive use of imagery and colour The Wonder Room Of Grandma Masha creates a visual thread that closes the generational gap between the two leading characters in the story – a lively Yiddish poet and her Israeli granddaughter. The Yiddish language is present in the illustrations creating a musical flow within the pages.

Carol Isaacs: With delicate lines and great attention to detail the old city of Baghdad comes to life in the illustrations of Samira’s Stars, which transfers the reader to a different time and place. Isaacs’s clever use of colour, of light and shade, and of day and night, evoke ideas from the story.

Sharon Spitz: Her rich and textured illustrations, rendered in pencil and watercolour, bring to life the biography of the Jewish author S.Y. Agnon. Spitz’s original style is a combination of realism and fantasy. Through impressionistic colouring of the world outside Agnon’s window Spitz allows the readers to see it through his eyes offering a unique glimpse into his creative imagination.

Workitu’s Passover by Zahava Goshen and Maayan Ben Hagai tells the story of an Ethiopian community’s preparations for Passover. Residents take part in the yearly ritual of smashing all of their crockery and then creating them anew in order to be kosher. This story, based on one of the author’s childhood experiences, shares a fascinating tradition.

The Thank You Tomatoes by Tamar Weiss-Gabbay describes a debate among children who wonder what to do with five tomatoes that have grown on the bush they’ve collectively tended. They come up with a different answer for each tomato; with the fifth, everything comes full circle. This story gently encourages respect for the rhythms and cycles of nature.

Samira’s Stars by Carol Isaacs is based on memories of the author’s family. Set in Bagdad, the story is told from the viewpoint of a young girl. It describes routines of daily life for a Jewish family in Iraq, including special dishes they prepare for the Sabbath. The story perfectly captures the magic and mystery of Shabbat.

Chris Barash is chair of the book selection committee of PJ Library, a Jewish family engagement programme of the Harold Grinspoon Foundation, a North American non-profit organization based in Agawam, Massachusetts. Chris is a former day school teacher and principal and the author of several Jewish-themed picture books.

Yael Molchadsky is the director of the Children’s and YA department at Kinneret-Zmora-Dvir publishing house in Israel overseeing the publication of more than 80 new titles each year, translated and original. She has translated picture books from English and German and her first book for children The Chameleon that saved Noah’s Ark, was translated into six languages.

Michael Leventhal is the publisher of Greenhill Books and Green Bean Books. He is the author of Green Bean Book’s The Chocolate King and was the co-author of Jews in Britain, published by Shire. He was the founder of the Jewish food charity Gefiltefest.

Lawrence Schimel is an author and literary translator based in Madrid, Spain who has published over 120 books in diverse genres. His picture books have won a Crystal Kite Award from SCBWI and have been selected for the White Ravens from the International Youth Library in Munich, Germany and for IBBY’s Outstanding Books for Young People with Disabilities three times.