Junior doctors turned best-selling authors, Rachel Clarke and Adam Kay, offer poignant, honest – at times hilarious – accounts of their experiences as NHS medics.
Rachel Clarke, who now works in end-of-life care, tells of her ongoing passion for a health service imperilled by bureaucratic cock-ups, while award-winning writer and performer Adam Kay, who has had a career change, hurtles from comedy to tragedy in his stunning exposé of the topsy-turvy world of the junior doctor. 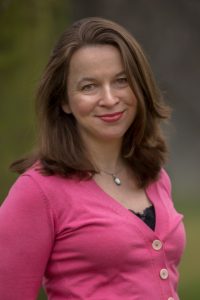 Rachel Clarke is a palliative care doctor and former television journalist who cares deeply about standing up for her patients and the NHS. She retrained as a doctor in her late twenties, after making current affairs documentaries about subjects as diverse as the Monica Lewinsky scandal, Al Qaeda and the civil war in the Democratic Republic of Congo.

Rachel believes that helping patients who are approaching the end of their lives experience the best quality life possible is priceless.

She lives in Oxford with her husband and two children.