The relationship between Israel and the Diaspora has never been as complex. While a peaceful solution remains as elusive as ever, the debate rages on, polarised between those offering unconditional support and those labelled ‘self-hating Jews’ for their criticism of Israeli government policy whether abroad or in Israel itself.

Into this landscape of dogma and unshifting political realities, a new American organisation, J Street, has emerged to offer a third way – supportive but not sycophantic. Daniel Levy, one of its advisors, was in conversation with Francesca Klug, LSE professor and Director of the Human Rights Futures project, which explores and analyses the future direction of human rights discourse and with David Newman, Professor of Political Geography at Ben-Gurion University. He has been involved in peace-related activities and played a major role in the defence of Israeli universities faced with academic boycott.

They shared with us their assessment of the present situation and their thoughts on what lies ahead. 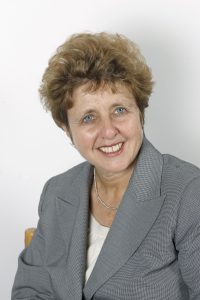 Francesca Klug is a visiting professor and member of the Advisory Board at the Centre for the Study of Human Rights at LSE. Formerly Director of the Human Rights Futures Project and a member of the Equality and Human Rights Commission, she is Chair Elect of Freedom from Torture. She has researched, written and lectured on human rights for 25 years, most recently publishing A Magna Carta for all Humanity: Homing in on Human Rights in 2015.

David Newman is Professor of Political Geography at Ben-Gurion University and editor of the International Journal of Geopolitics. Originally from London, Newman has lived in Israel for the past 30 years. Newman was the founder and first chairperson of the Department of Politics at Ben Gurion University and was also instrumental in the setting up of the Centre for the Study of European Politics and Society at that University. He writes a regular political column in the Jerusalem Post.