Adrienne Rich was one of the most revered and influential American poets of the last century. In over 30 books of poetry and essays she championed the indivisibility of art and politics, offering a candid and brave articulation of feminism, sexuality, Jewish identity and civil rights. Her writing examines questions of language and history, the action of poetic imagination in change, and much more.

Rich, who died in 2012, received — and occasionally resisted — multiple awards, including a MacArthur Fellowship, Academy of American Poets Fellowship and the National Medal for the Arts.

Ruth Fainlight is an award-winning poet and translator, whose collections, since Cages in 1966, have spanned five decades. In the words of A. S. Byatt, Fainlight’s poems "give us truly new visions of usual and mysterious events". A New & Collected Poems was published in 2010.

Aoife Mannix is the author of four collections of poetry and a novel, Heritage of Secrets. She has been poet in residence for the Royal Shakespeare Company and BBC Radio 4’s Saturday Live.

Lynne Segal is Anniversary Professor of Psychology and Gender Studies in the Department of Psychosocial Studies at Birkbeck College. She has written a number of books including Is the Future Female? Troubled Thoughts on Contemporary Feminism; Slow Motion: Changing Men; Changing Masculinities; Straight Sex: the Politics of Pleasure; Why Feminism: Gender, Psychology, Politics and Making Trouble: Life and Politics. She co-wrote Beyond the Fragments: Feminism and the Making of Socialism with Sheila Rowbotham and Hilary Wainwright, updated 2013. Her latest book is Out of Time: the Pleasures and the Perils of Ageing. 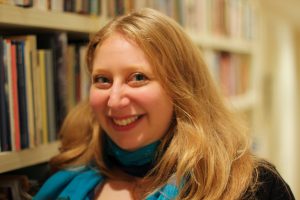