Philip Mansel chronicles the history of Syria’s first capital city, vividly describing Aleppo as a pinnacle of cultural and economic power. Few places are as ancient and diverse as Aleppo, a once vibrant world city, famous for its food and music, where Muslims, Christians and Jews lived and traded together in relative peace and harmony. Presenting many first-hand accounts for the first time, Mansel’s portrait is a poignant testament to a city shattered by Syria’s civil war. In conversation with David Abulafia. 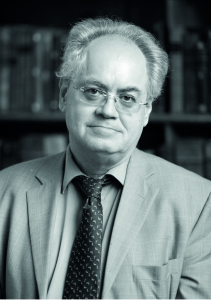 David Abulafia is Emeritus Professor of Mediterranean History at the University of Cambridge. His previous books include Frederick II, The Western Mediterranean Kingdoms and The Great Sea, which has been translated into a dozen languages. He is a member of the Academia Europaea, and in 2003 was made Commendatore dell'Ordine della Stella della Solidarietà Italiana in recognition of his work on Italian and Mediterranean history. He won the 2020 Wolfson History Prize for The Boundless Sea.