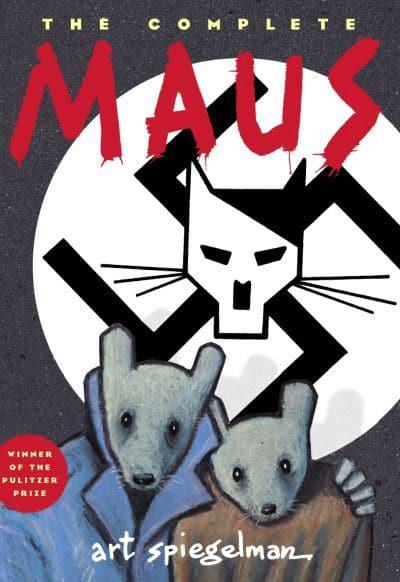 From Superman to Maus, comic art has both subverted and triumphed over popular culture for almost a century. Our latest online event sees Jonathan Freedland joined by Maus creator Art Spiegelman and Hillary Chute, editor of the National Jewish Book Award winner Art Spiegelman’s MetaMaus and the upcoming Maus Now. They will look at the importance of the graphic novel in both popular culture and high art, the history of comic culture and the Jewish contribution to it, and, of course, the place of Maus in Holocaust literature, memory, psychology, and its enduring influence in the world today.

The conversation will also include key extracts from two BBC Arena films: Art Spiegelman: Of Mice and Cats, an exploration of the inspiration behind his ground-breaking work Maus and his visit to the scenes of his parents’ experiences during the Holocaust; and The Comic Book Hero, featuring Joe Shuster and Jerry Siegel, the creators of Superman and examining the importance of superheroes in American culture.  The films will then be available in full for 7 days after the event to ticket holders.

Click here to buy a copy of  Maus: A Survivor’s Tale by Art Spiegelman and Why Comics by Hillary Chute

Hillary Chute
Hillary Chute is an American literary scholar, Distinguished Professor of English and Art + Design at Northeastern University and a columnist on comics and graphic novels for The New York Times Book Review.  Chute has published a number of books about graphic narratives, including Graphic Women (2010), Disaster Drawn (2016) and Outside the Box (2014). She was the associate editor of Art Spiegelman's MetaMaus, which won a 2011 National Jewish Book Award and a 2012 Eisner Award. Her book Why Comics?: From Underground to Everywhere (2017) was named one of the "100 Notable Books of 2018" by The New York Times. She is the editor of the collection Maus Now, forthcoming from Pantheon in November 2022.
Art Spiegelman

Art Spiegelman (born in 1948 in Stockholm, Sweden) is an American Comics Artist, Editor, and comics Advocate.  His work includes Breakdowns, In The Shadow of No Towers and his award-winning comic novel Maus. His work as co-editor on the comics magazines Arcade and Raw has been highly influential, and from 1992 he spent a decade as contributing artist for The New Yorker. As an editor, a teacher at the School of Visual Arts in New York City, and a lecturer, Spiegelman has promoted better understanding of comics and has mentored younger cartoonists.  He has recently remastered a lost classic, The Parade, an epic of wordless pictures by Si Lewen which recounts the endlessly repeated cycle of the human yen to war. Lewen was a Polish American who was part of an elite force in the liberation of Buchenwald.