Can We Talk About Israel 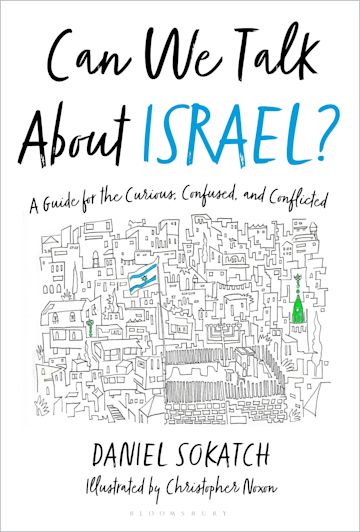 Can’t you just explain the Israel situation to me? In, like, 10 minutes or less? This is the question Daniel Sokatch, head of the New Israel Fund, is used to answering on an almost daily basis.

Can We Talk About Israel? is the story of the Israeli-Palestinian conflict, and of why so many people feel so strongly about it without understanding it at all. It is an attempt to grapple with a century-long struggle between two peoples, seeking to explain why Israel (and the conflict) inspires such extreme feelings – why it seems like Israel is the answer to “what is wrong with the world” for half the people in it, and “what is right with the world” for the other half. As Sokatch asks, is there any other topic about which so many intelligent, educated and sophisticated people express such strongly and passionately held convictions, and about which they actually know so little?

He will be in conversation with Israeli politics expert Anshel Pfeffer, a senior correspondent and columnist for Haaretz, the Israel correspondent for The Economist, and author of Bibi: The Turbulent Life and Times of Benjamin Netanyahu. 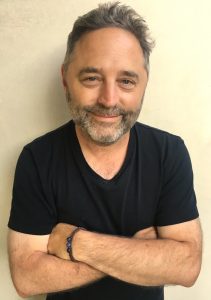 Daniel Sokatch is the chief executive officer of the New Israel Fund (NIF). He served as the executive director of the Progressive Jewish Alliance and the Jewish Community Federation of San Francisco, the Peninsula, Marin and Sonoma Counties. Sokatch has been named four times to the Forward’s “Forward 50,” an annual list of the fifty leading Jewish decision makers and opinion shapers. His writing has appeared in the New York Times, Washington Post, Los Angeles Times, and other publications. Sokatch holds an MA from the Fletcher School at Tufts University, a JD from Boston College Law School, and a BA from Brandeis University. He is married with two daughters and lives in San Francisco. Image cr. Tammi Reinhardt