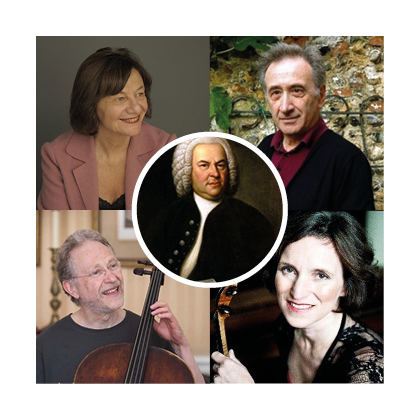 Reaching across three centuries, Johann Sebastian Bach’s compositions for solo violin and cello are brought to life with readings of new poetry and prose by celebrated authors George Szirtes and Eva Hoffman. George’s poems play with the dance rhythms of Bach’s music, while Eva composes personal letters to Bach, asking questions about the tensions between his creativity and his personal life, the sources of his music in his time – and the mystery of its universal nature. Two acclaimed musicians – violinist Krysia Osostowicz (Dante Quartet) and cellist David Waterman (Endellion Quartet) – bring their own interpretation to these profound works. 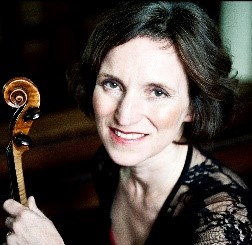 Born in London of Polish descent, Krysia Osostowicz studied at the Yehudi Menuhin School, at Cambridge and in Salzburg with the great Hungarian violinist Sándor Végh. In 1995 she founded the Dante Quartet, recognised as one of Britain’s finest ensembles and recipient of the Royal Philharmonic Society Award for Chamber Music. She has performed throughout Europe, and made many award-winning recordings, including the sonatas of Bartók, Brahms and Ravel, and the string quartets of Debussy, Janá?ek and Kodály. In the 1980’s she was a founder of the pioneering piano quartet Domus, which travelled the world with its own portable concert hall, a geodesic dome. Krysia runs chamber music courses in England and France, and is much in demand as a teacher at the Guildhall School of Music. She is also artistic director of the thriving Dante Summer Festival in Cornwall. In 2015, with pianist Daniel Tong, Krysia created Beethoven Plus, presenting Beethoven’s violin sonatas alongside companion pieces by ten living composers. The duo has toured all around the UK and recorded the entire cycle on the SOMM label. Krysia’s long-standing interest in creative ways of combining music and words has resulted in Conversations with Bach. 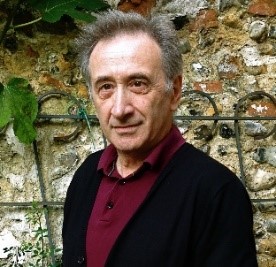 A child refugee from Hungary in 1956, George Szirtes lives in the UK and published his first book of poems, The Slant Door, in 1979. It won the Faber Prize. He has published many since then, his collection, Reel, winning the T S Eliot Prize in 2004 for which he has been twice shortlisted since. His latest book is Mapping the Delta (Bloodaxe 2016). Beside his English prizes he has been awarded various international ones for his own poetry and for his translations of Hungarian poetry and fiction, including The European Poetry Translation Prize, the Best Translated Book Prize in the USA and the Man Booker International Translation Prize for his work on the novels of László Krasznahorkai. His second book for children, In the Land of the Giants won the CLPE Prize for the best book of poems for children in 2012. He has written reviews and articles for major newspapers, programmes for the BBC and has edited a variety of books. His recent work with composers and performers includes poems for The Voice Project and the carol set by Richard Causton for the BBC broadcast Service of Carols at King’s College Chapel in 2015. His memoir of his mother, The Photographer at Sixteen, was published in February 2019. 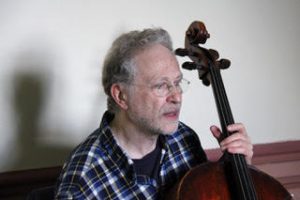 David Waterman was born into a musical family in Leeds. He studied philosophy at Trinity College, Cambridge, and cello with Martin Lovett, William Pleeth and Jane Cowan. In 1979 he helped to form the Endellion Quartet which has played all over the world, broadcast countless times on BBC Radio and TV, and recorded for many major labels. Recent recordings include the complete cycle of Beethoven quartets for Warner Classics. For twenty-seven years, they have been Quartet-in-Residence at Cambridge, and in 1996 were awarded the Royal Philharmonic Society Award for Best Chamber Ensemble. David Waterman has also performed chamber music with members of the former Amadeus Quartet, the Chilingirian, Belcea and Elias Quartets, Joshua Bell, Michael Collins, Isabelle Faust, Ivry Gitlis, Steven Isserlis, Stephen Kovacevic, Mark Padmore, Sandor Vegh and Tabea Zimmerman, among others. He has taught at the Yehudi Menuhin School, the Royal Northern College of Music, the Guildhall, the Royal Academy of Music, the Britten-Pears Foundation, and at IMS at Prussia Cove. In 2003 he contributed a chapter to the “Cambridge Companion to the String Quartet”, and has also had articles published in The Guardian, Strad Magazine and other publications. He feels very fortunate to play on a wonderful cello by J.B. Guadagnini which he jointly owns and shares with his friend, Steven Isserlis.