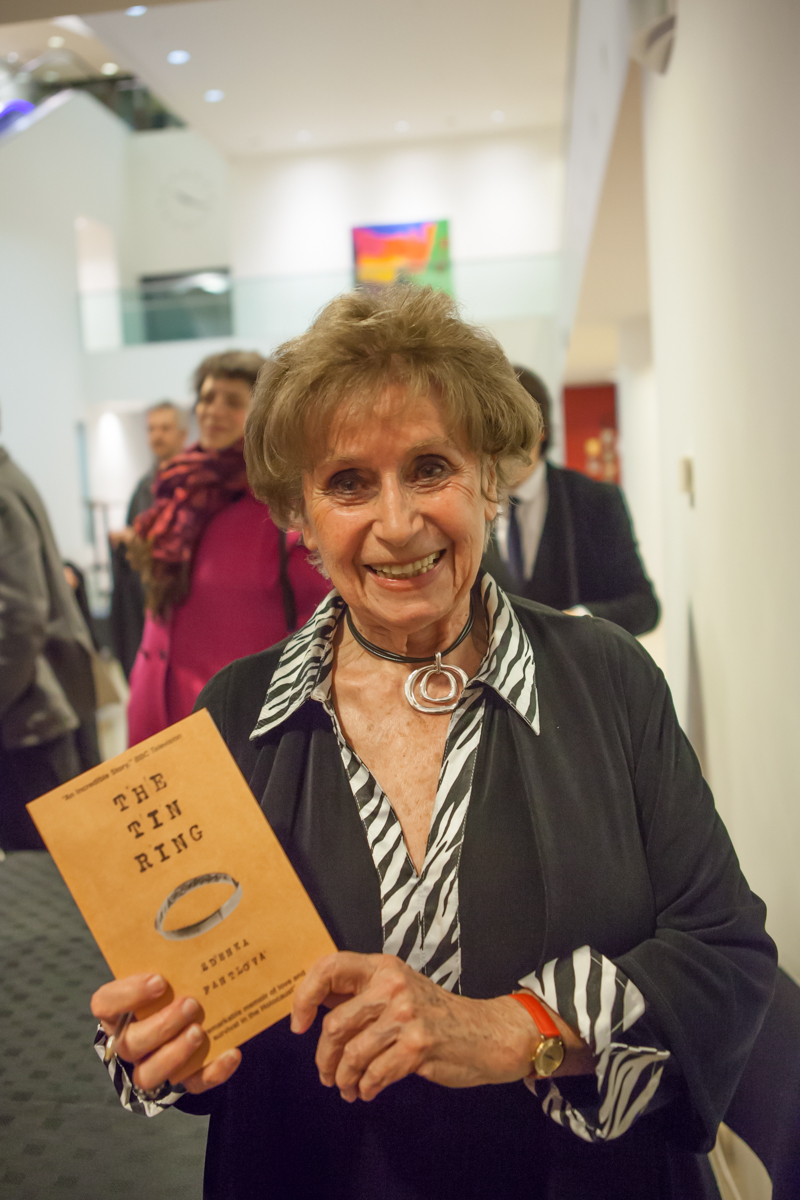 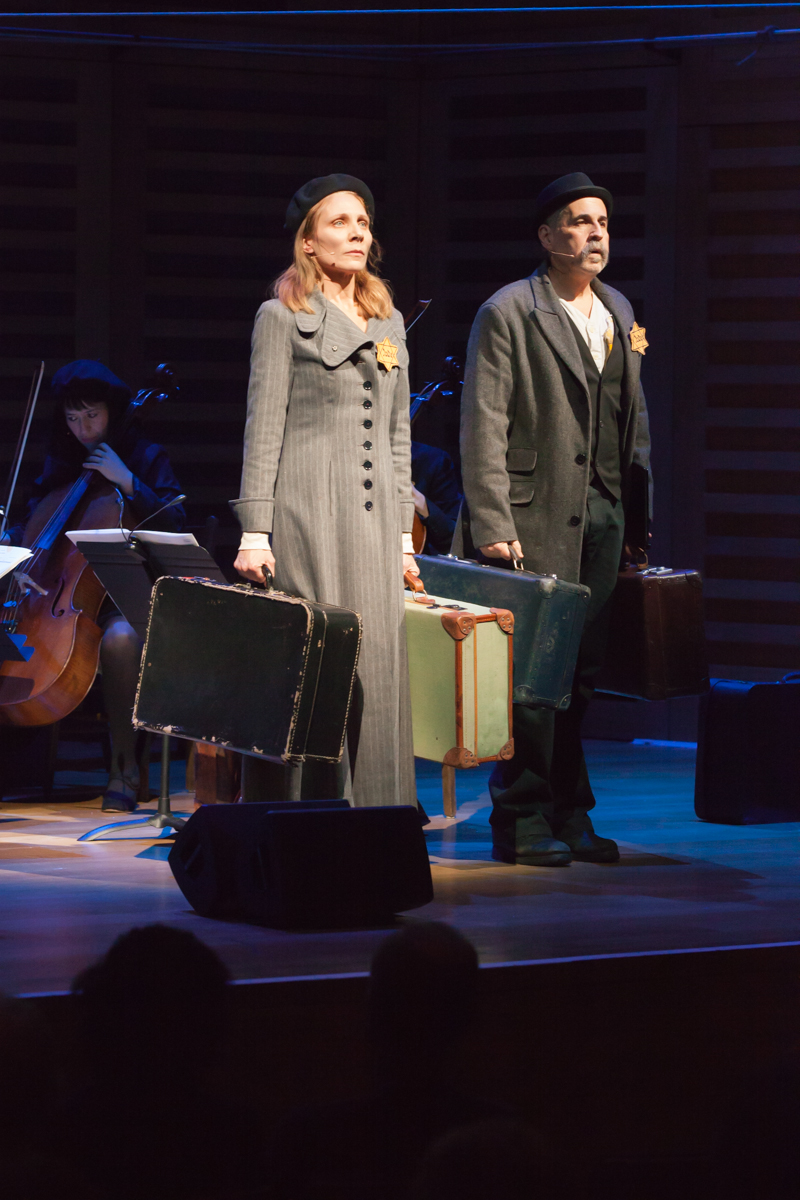 Drawing Life, a Jewish Music Institute (JMI) production composed by Jocelyn Pook, is inspired by a collection of poems and drawings made by children imprisoned in Terezin. This was a preview performance of a powerful new classical work commissioned by JMI to mark the 70th anniversary of the commencement of the camp’s liquidation by the Nazis. The song cycle with live music and video was followed by a discussion of the work’s genesis and ideas. Pook was joined on stage by JMI’s Artistic Director Sophie Solomon, performers and Terezin survivor Zdenka Fantlova, 92.

Jocelyn Pook is best known for her score for Stanley Kubrick\'s Eyes Wide Shut. She is an award-winning composer who writes for stage, screen, opera house and concert hall. Previous projects include Mobile with Andrew Motion, The King\'s Singers and BBC Proms, Ingerland for the Royal Opera House and DESH with choreographer Akram Khan.

Emma Bernard recently directed the Chinese premiere of Benjamin Britten’s Peter Grimes for Beijing Music Festival, conducted by Duncan Ward. She regularly collaborates with composer Orlando Gough, and has directed for Streetwise Opera since 2007, including their 10th anniversary film and live opera The Answer To Everything. Other recent work: Hearing Voices by Jocelyn Pook for BBC Concert Orchestra, Upon This Rock, with composer Jonathan Baker for Metal, Peterborough, 100% Norfolk, Norwich Theatre Royal, and Jilted, a new touring vocal-theatre piece for two singers.

Dragan Aleksic was born in Serbia, studied in Amsterdam and moved to London in 2003 to do an MA in Fine Art at Chelsea College of Art. His art deals mostly with ephemeral and time-based qualities and his sculptures, drawings and video installations have been shown across Europe. Previous collaborations with Jocelyn Pook include the video installation Tides and Speaking in Tunes.

Melanie Pappenheim is a singer and performer. Her voice has inspired many leading contemporary composers including Jocelyn Pook, Gavin Bryars, Graham Fitkin and Orlando Gough and may be heard on numerous television and film soundtracks including Gangs of New York, Eyes Wide Shut and Doctor Who. Her combination of skills as an actor and singer has led to work with the playwright Caryl Churchill, DV8 Physical Theatre and ‘vocal big band’ The Shout. She recently appeared as Elizabeth I in Dr Dee a new opera by Damon Albarn and Rufus Norris.

Ian Watson (accordion) graduated from the Royal Academy of Music with the Dip.RAM, its highest performance accolade. He performs regularly with London Sinfonietta, EnsembleModern, Britten Sinfonia and Icebreaker, and works closely with leading composers including David Gorton, Howard Skempton, Michael Zev Gordon, and Jonathan Dove. He has performed and recorded with Blur, The Divine Comedy and Sophie Solomon and is regularly heard in film scores.

Susi Evans (clarinet) leads She’Koyokh, hailed by Songlines magazine as ‘Britain’s best klezmer and Balkan band’ and is a member of the London Klezmer Quartet. She also performs with Abdullah Chaadeh, Daphna Sadeh and Cigdem Aslan and is an experienced workshop leader, most recently at the Snape Proms.

Laura Moody is an alternative cellist, vocalist and theatre performer performing extensively as an avant-singer songwriter and interdisciplinary performer. A long-standing member of innovative string quartet the Elysian Quartet, she is also known for her virtuosic ability to perform with cello and voice simultaneously to create unique, theatrical, almost-pop music.

Kate Shortt trained as cellist and jazz singer and pianist at Guildhall school of music. She is a member of Northern Lights Symphony Orchestra and plays in various bands. She has also played for Cliff Richard, Tears for Fears, Take That and Simon le Bon.

Zdenka Fantlová, 91, is the author of The Tin Ring and one of the few living eye-witnesses to the horror of the Holocaust, to which she lost her entire family. For as long as she lives Zdenka is determined to tell her inspiring story of great love one as uplifting as it is harrowing, to as many people as possible. Zdenka still keeps the tin ring, the symbol of Arno\'s love, close to her to this day.