Feeling Jewish (A Book For Just About Anyone)

Why are ‘negative’ feelings such as self-hatred, guilt, resentment, paranoia, hysteria, and overbearing mother-love characterised as ‘Jewish’? In her sparkling debut, Devorah Baum delves into film, fiction and psychoanalysis. In so doing, she explores what it’s like to be a Jewish woman, shining a light on cultural icons from Groucho Marx to Freud, to examine what it’s like to feel Jewish, even when you’re not. 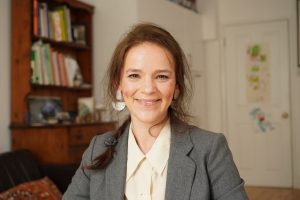 Dr Devorah Baum is Associate Professor in English Literature at the University of Southampton.  She is the author of Feeling Jewish: a book for just about anyone (Yale University Press) and The Jewish Joke: an essay with examples (less essay, more examples) (Profile), co-director of the creative documentary feature film The New Man, and guest editor of the special issue of Granta #146 on 'The Politics of Feeling'.  She has written for a range of publications including The New York Times, The Guardian, The Financial Times, Tate Etc.  She is currently writing a book about marriage, and she is currently married.