“[She] happens to write like an angel.” — Simon Schama

Nicole Krauss mesmerised readers, critics and judges of literary prizes alike with The History of Love. Her third novel, Great House, a 2010 National Book Award nominee, looks set to do the same. Her writing isn’t just appreciated – it is loved. Her books are about memory in the face of loss, the nature of love and the strange and intimate connections fostered between people. But mostly, they are about writing, and its power to change lives.

Her novel, Great House, is a story haunted by questions: What do we pass on to our children and how do they absorb our dreams and losses? How do we respond to disappearance, destruction and change? 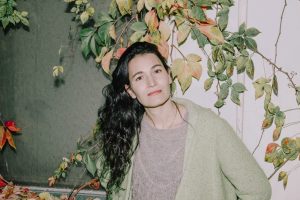 Nicole Krauss is the author of the New York Times bestsellers Great House, a finalist for the National Book Award and Orange Prize, and The History of Love, which won the Saroyan Prize for International Literature and France’s Prix du Meilleur Livre Etranger, and was short-listed for the Orange, Medicis, and Femina Prizes. Her first novel, Man Walks Into a Room, was a finalist for the Los Angeles Times Book Award; her most recent novel Forest Dark was a national bestseller. She was selected as one of Granta’s Best Young American Novelists, and named in the New Yorker’s ‘Twenty Under Forty’ list. Her fiction has been published in the New Yorker, Harper’, Esquire, and The Best American Short Stories, and her books have been translated into more than thirty-five languages. Nicole Krauss lives in Brooklyn, New York.