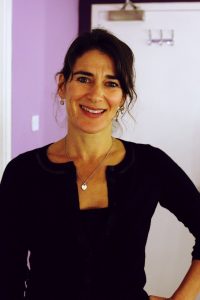 Esther Freud trained as an actress before writing her first novel, Hideous Kinky, which was made into a feature film starring Kate Winslet. Her novels include: Peerless Flats, Summer at Gaglow, The Wild, The Sea House, Love Falls and Lucky Break. She lives in north London and Suffolk. Image c. Emily Green

Anne Landsman is the author of the critically acclaimed novel, The Devil’s Chimney, nominated for the Pen/Hemingway Award, QPB’s New Voices, the Janet Heidinger Kafka Prize and South Africa’s most prestigious literary award, the M-Net Book Prize. She lives in New York City.

Sidura Ludwig is the recipient of the Canadian Author and Bookman Prize for Most Promising Writer. She was born and raised in Winnipeg, Canada, and lived in Birmingham from 2001 to 2004. She now lives in Toronto.