Is this the Asian Century?

In conversation with China expert, Jonathan Fenby, Oxford Professor of Modern China, Rana Mitter, and economist and broadcaster, Linda Yueh, the FT’s Gideon Rachman, author of Easternisation: War and Peace in the Asian Century, outlines the challenge to America’s supremacy by a troubled but rising China and other ambitious Asian powers, which have the potential to transform the whole world. The consequences could be calamitous. These four leading authorities on the Far East and international affairs, analyse the new world order.

Ian Morris has pessimistically observed that ‘geopolitical shifts on the scale of China’s takeoff have always been accompanied by massive violence.’ Taking in Russia and the Middle East’, Jonathan Fenby describes Rachman’s book as ‘the best survey of global affairs I have read for some time.’

Jonathan Fenby has written 18 books, including his acclaimed On the Brink: The Trouble with France and The General: Charles de Gaulle and the France He Saved, hailed by the New York Times as ‘a magnificent book… learned, incisive and gripping’ which ‘turns breadth and depth into enthrallment.’ An expert on both France and China, Fenby was Paris bureau chief for Reuters and The Economist and editor of bothThe Observer and the South China Morning Post. He is the recipient of both the Légion d’Honneur and the Ordre National du Mérite. 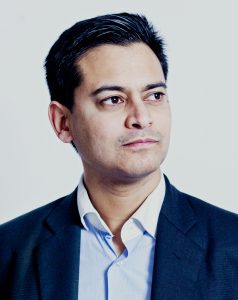