Israel Through My Lens: Sixty Years as a Photojournalist

David Rubinger has captured some of the most powerful images of his time. No one has done a better job of showing the history of Israel in all its glory and pain. The stories behind those photographs and the people he has met are utterly captivating, but one of the most fascinating and poignant is that of his own life. He was joined by Ruth Corman who co-wrote Rubinger’s memoir, Israel Through My Lens. The conversation was accompanied by some of his iconic photographs. 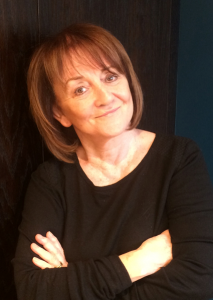 Ruth Corman is an art consultant, journalist and photographer who specialises in working with design consultants on major projects world-wide. Her first book was a life story of the photojournalist David Rubinger.

Born in Vienna in 1924, David Rubinger emigrated to Palestine in 1939. A chance encounter in Paris left him with the gift of a small 35mm camera, resulting in his decision to try to make a living from photography. After the end of Israel’s War of Independence in 1948, he began freelancing for local papers. In 1954 TIME/LIFE published their first two Rubinger photographs. In the 1970’s, Rubinger became a TIME Contract Photographer, a position he holds to this day. Rubinger witnessed the birth of the nation in 1948 and subsequently lived through ten wars which in most cases he observed from close quarters as a TIME photo-journalist. In his work Rubinger frequently came into contact with key Israeli leaders and gained their confidence, including: David Ben Gurion, Golda Meir, Moshe Dayan, Shimon Peres, Yitzchak Rabin and Ariel Sharon as well as world leaders such as Presidents Carter and Reagan and Chancellor Bruno Kreisky of Austria. It was Rubinger who was chosen to accompany many of these leaders on international missions such as Begin’s historic visit to Sadat in Egypt, 1977, to Oslo for Begin’s Nobel Prize and further trips with Shimon Peres, Yitzchak Rabin and Ariel Sharon.