Jewish Book Week through the year: From Hackney Downs to "The Lowlife"

Rachel Kolsky took us on a tour of Hackney and Dalston to discover its associations with some of the Jewish writers who found inspiration from the diverse communities of London’s East End.

From Grace Aguilar in the early 19th century to playwrights Arnold Wesker and Harold Pinter at Hackney Downs to Alexander Baron’s Lowlife and Roland Camberton’s Rain on the Pavements, the tour included readings to bring to life the places the writers knew, in their own words.

The Lowlife was written in 1963 by Alexander Baron, whose reputation has been undergoing a revival, having been largely forgotten until quite recently. His work ranges from his experiences in World War Two (From the City to the Plough) to gangland life in early 20th century Brick Lane in King Dido. But Harry “Boy” Boaz in The Lowlife is the character no one can fail to adore. Well read, a snazzy dresser, he has to gamble any money that comes his way. Post-war Hackney is his home and the novel weaves in Dalston, the East End and Finchley presenting a cast of characters that includes high-class prostitutes and a new wave of immigrants making their home in London.

You can find Rachel’s list of recommended reading about Jewish Hackney or by Hackney authors here. 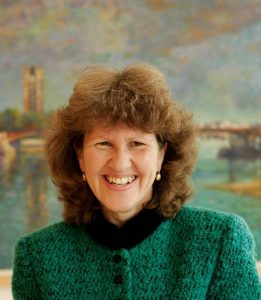 Engaging, knowledgeable and entertaining Rachel Kolsky is a prize-winning London Blue Badge Tourist Guide (www.golondontours.com) who is passionate about exploring London’s heritage. Her walks and talks cover a wide range of themes and areas but always focus on the ‘human stories behind the buildings’. She has published four books, Jewish London (2012), Whitechapel in 50 Buildings (2016), Secret Whitechapel (2017) and Women’s London (2018).