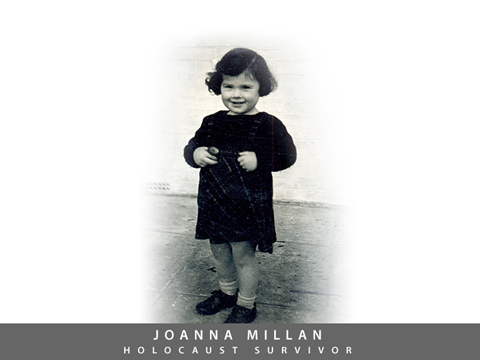 A three-year old child is found in Theresienstadt at the end of the war with no memory of her past, her only words ‘dog’ and ‘soup’. Brought to children’s homes in England with other survivors, she was adopted under a new name and identity; her past was erased. This is the story of how Joanna Millan reclaimed her life. Award-winning playwright David Peimer created Joanna’s Story from hours of testimony and Dame Janet Suzman reads its public debut. Then all three join Holocaust educator Trudy Gold in discussion. 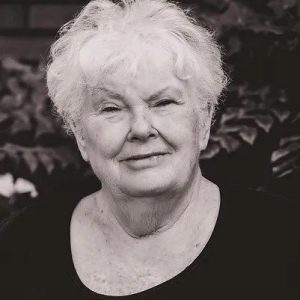 Joanna was born Bela Rosenthal in Berlin, August 1942. Bela’s father was deported to Auschwitz, while she and her mother were sent to Theresienstadt. Her parents did not survive but Bela was at the camp for two years until it was liberated by the Russians. Bela was sent with other orphans from Theresienstadt to Windermere in the Lake District, in the group known as ‘The Boys’. Her adoptive parents called her Joanna and never wanted to talk about her past. Joanna was in her 50’s when she learnt about her family. 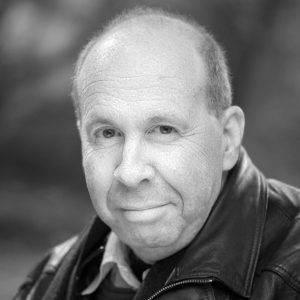 David Peimer is a playwright, librettist and director. He has won many awards (including the Soros Open Society Award, Goethe Inst Award, South African National Playwriting, and others), directed over 40 plays in the EU, South Africa, New York, UK, and for the Pinter Centre. He is also a Professor of Theatre (UK) and was at New York University (Prague campus). Born in South Africa, his most recent book of plays is Armed Response; Plays from South Africa. He has directed in Vaclav Havel’s Prague theatre, staged work in the EU Parliament and a new upcoming project is endorsed by the Nelson Mandela Foundation. 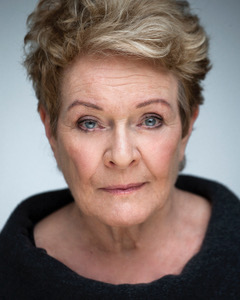 Janet Suzman has played most of Shakespeare’s women during her long career, most notably Cleopatra, a character so unlike his other heroines that 45 years later she decided to re-explore the play as a director with Kim Cattrall playing the Serpent of Old Nile. Janet starred in a wide range of classical and modern drama in the West End, ranging from Hedda Gabler (Evening Standard Award) in the 70’s to Solomon and Marion 5 years ago, set in post-apartheid South Africa. On TV, Clayhanger, The Singing Detective and Mountbatten, last Viceroy of India stand out as mini-series. Films include Nicholas and Alexandra (Oscar Nomination), A Dry White Season, and the freshly re-mastered Draughtsman’s Contract, re-issued at the BFI last November. She has directed both in the UK and in South Africa where her Othello with John Kani at The Market Theatre in 1987 caused quite a stir. It was later commissioned by the UK’s Channel Four TV. She was made a Dame in 2011. At present, rather than stage-work, she prefers to chair the committee agitating for the return of the Parthenon Marbles to Greece; like her famous Aunt the late Helen Suzman, she detests an injustice. Today’s reading highlights the greatest injustice ever perpetrated, and she feels honoured to be asked to help bring this personal story into JBW’s spotlight.