The 2016 long-listed books are: The House of Twenty Thousand Books by Sasha Abramsky; The Girl from Human Street by Roger Cohen; The Hilltop by Assaf Gavron; Ishmael’s Oranges by Claire Hajaj; Mr and Mrs Disraeli by Daisy Hay; J by Howard Jacobson; The Life of Saul Bellowby Zachary Leader; Between Gods by Alison Pick; The Impossible Exile by George Protchnik; The Improbability of Love by Hannah Rothschild; The Liberation of the Campsby Dan Stone and KL: A History of the Nazi Concentration Camps by Nikolaus Wachsmann.

Tahmima Anam is a British Bangladeshi writer, novelist and columnist. Her first novel, A Golden Age, was published by John Murray in 2007 and was the Best First Book winner of the 2008 Commonwealth Writers’ Prize. 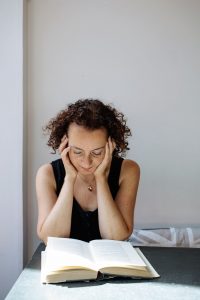 Samantha Ellis is the author of How to be a Heroine, and Take Courage: Anne Brontë and the Art of Life (Vintage).

Rabbi Jonathan Wittenberg is the Senior Rabbi of Masorti Judaism UK and a leading writer and thinker on Judaism. He is Rabbi of the New North London Synagogue and is also the author of several books including Walking with the Light – From Frankfurt to Finchley.