Judy Blume: In the Unlikely Event

Jewish Book Week was delighted to present the wonderful Judy Blume in a special event.

Judy Blume spoke about her life in books and her brand new adult novel, In the Unlikely Event, with Sarah Churchwell on Sunday, 12 July at 6.00 pm at Kings Place.

In this, her first adult novel for over 15 years, Judy Blume imagines and weaves together the lives of three generations of families, friends and strangers affected in a multiplicity of ways by a series of airplane crashes in 1951-2 in Elizabeth, New Jersey. Miri Ammerman’s return to Elizabeth in 1987 for a ceremony to commemorate the worst year of her life when she turned 15 re-awakens memories of past events and people.

In the Unlikely Event vividly displays all the hallmarks of Judy Blume’s unparalleled storytelling. It is inspired by real life events and Judy’s own childhood experiences.

The interview was followed by a Q&A with Judy Blume.

Any new novel by Judy Blume is a matter of celebration. From her Fudge stories, through Are You There God, It’s Me, Margaretand Tiger Eyes, to Smart Women, Judy’s books, bestsellers in 32 languages, have captivated people of all ages. 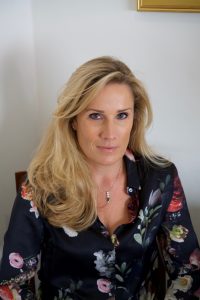