Lipika Pelham’s childhood in Bengal was haunted by political and physical divisions. Later in life, she experienced similar divisions in Jerusalem, where she lived with her English Jewish husband. In The Unlikely Settler she tells of everyday life in a society where sides are taken at every turn, and writes about married life affected by the reality of the Israel-Palestine conflict.

In the tradition of classic memoirs such as Alexandra Fuller’s Don’t Let’s Go to the Dogs Tonight, this is a book that takes you deep into the heart of a place and a person. As Pelham lays bare the emotions and fallibilities of her life over eight years spent in Jerusalem, she explores the conflict in the Middle East with inspiring subtlety and understanding. 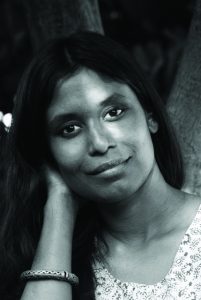 Rachel Cooke is an award winning journalist. She is a writer and columnist at The Observer, and is the television critic of The New Statesman. Her essays have been broadcast on Radio 3. Her book, Her Brilliant Career: Ten Extraordinary Women of the Fifties, is published by Virago.