Alba Arikha has written a vivid and haunting coming-of-age memoir, Major/Minor, set in Paris in the 1980’s. Her father was the artist, Avigdor Arikha; her mother the poet, Anne Atik; her godfather, Samuel Beckett. Their apartment/studio, where Alba and her sister grew up, was a hub of literary and artistic achievement, that still reverberates today. Alba’s tale is played out against the family memories of war and exile and the ever present echoes of the European holocaust. 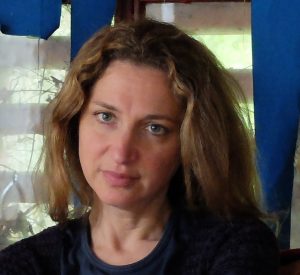 Alba Arikha is the author of five books. Her memoir, Major/Minor, shortlisted for the Spear’s Awards, was turned into an opera and performed at RADA in 2018. Where to Find Me, was published by Alma Books in 2018.

Janine di Giovanni is senior foreign correspondent for The Times and contributing editor for Vanity Fair. She has won Granada Television’s \'Foreign Correspondent of the Year\' award, the National Magazine Award and two Amnesty International Media Awards. She is the author of five books, Against the Stranger, The Quick and the Dead, Madness Visible, The Place at the End of the World and most recently Ghosts by Daylight.