This was a nostalgic session on a vanished multicultural Middle East, fragrant Cairo and vibrant Baghdad, where Jews lived in peace with their Muslim neighbours in a Babel of languages. With stories of sudden hatred, bloody destruction and, ultimately, uprooting and exile, Lagnado remembers her Egyptian father and his American nightmare; Mira Rocca, her Iraqi mother, Violette Shamash.

Born in Cairo, Lucette Lagnado is a senior special writer and investigative reporter for the Wall Street Journal, where she has received numerous prizes for her work. She is the co-author of Children of the Flames: Dr. Josef Mengele and the Untold Story of the Twins of Auschwitz, which has been translated into nearly a dozen languages. She has won the prestigious Sami Rohr prize for The Man in the White Sharkskin Suit, My Family\'s Exodus from Old Cairo to the New World.

Violette Shamash’s memoir, Memories of Eden, is drawn from recollections and notes she sent over a period of 20 years to her daughter Mira, and edited by her son-in-law, Tony Rocca, a journalist whose Fleet Street career spanned two decades with the Daily Mail and Sunday Times. He is the author of Catching Fireflies. 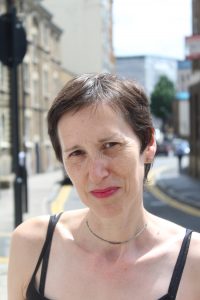