Perpetrators and their Victims

In Jerzyk, Anthony Rudolf recounts the tragic story of his cousin, the only child suicide recorded in the archives of Yad Vashem. In Kasztner’s Crime, Paul Bogdanor argues that Kasztner, forced into collaboration with Eichmann, sacrificed the lives of many to save a very few. The event’s moderator, Michael Pinto-Duschinsky, owes his own life to Kasztner’s intervention.

‘Anthony Rudolf has produced a small jewel of a book. He tells a compelling, tragic story that brings the reader close not only to the realities of the Holocaust but also to its impact on the survivors and their children over many years.’ Michael Pinto-Duschinsky from Standpoint.

Paul Bogdanor is an author and researcher. His interest include political extremism, genocide, the Holocaust, Zionism , anti-Zionism and antisemitism. 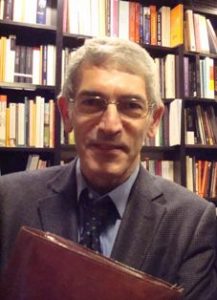 During the more than half a century since his earliest appearances in print, Anthony Rudolf has published many works in prose and verse, and also translated books, mainly poetry, from the French and other languages. As a literary essayist, he has written on authors as diverse as Balzac, Byron, Borges, George Oppen and several essays on Primo Levi. He has also written on the work of visual artists, including Paula Rego, R.B. Kitaj and Charlotte Salomon. In addition, he is a reviewer and obituarist and has contributed to Radio Three, Radio Four and in English, French and Russian, the BBC World Service. Born in London in 1942, he still lives in the north-west of the city. His books include Jerzyk, a study of the diary of his second cousin, the youngest known suicide of the Holocaust.

Michael Pinto-Duschinsky is Oxford-based and has been a consultant to numerous governmental and international organisations as well as NGOs in some 25 countries, mainly on constitutional reform, democracy promotion and anti-corruption.