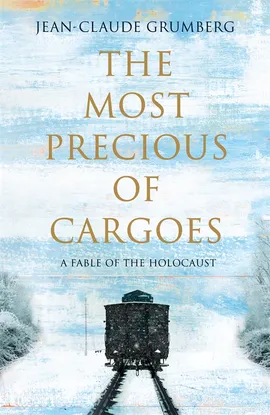 Winter 1942: a train passes through a forest in Eastern Europe. destination unknown. Twin babies are aboard, only one is rescued. In the forest in a clearing beside the railway-line a poor woodcutter’ s wife is foraging for firewood in the snow, all she has ever wanted is a child…have the gods answered her prayers?

Based on the 2019 publishing sensation The Most Precious of Cargoes by French writer Jean-Claude Grumberg, the specially commissioned Precious Goods, translated and adapted by Nicolas Kent, is read by Topsy-Turvy & Yentl star Allan Corduner with original music by cellist Gemma Rosefield. 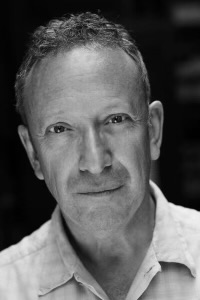 Born in Sweden to a German mother and a Ukrainian-Finnish father, Allan Corduner grew up in a secular Jewish home in London. He made his feature film debut inYentl with Barbra Streisand and Mandy Patinkin and has worked extensively in theatre, TV (“Homeland”, “Ridley Road”) and over 50 feature films, including Tár with Cate Blanchett. He is perhaps best known for his portrayal of Sir Arthur Sullivan in Mike Leigh’s Topsy Turvy. 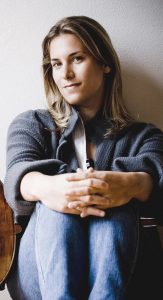 Winner of the prestigious Pierre Fournier Award in 2007, Gemma Rosefield made her concerto debut at the age of sixteen when she won First Prize in the European Music for Youth Competition in Oslo, Norway, playing a televised performance of the Saint-Saens Concerto with the Norwegian Radio Symphony Orchestra. Gemma plays throughout the Europe, the USA, Russia, Japan, Mexico, Kenya and New Zealand. 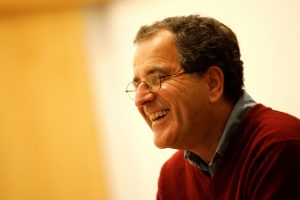 Nicolas Kent was Artistic Director of the Tricycle Theatre from 1984 to 2012. He has directed productions in over 100 theatres around the world including in the West End, New York, the National Theatre, the Royal Shakespeare Company, the Royal Court, the Donmar Warehouse, Hampstead Theatre, the Lyric Hammersmith, and the Young Vic. Currently he is directing Grenfell: System Failure in a tour of three North-West London Theatres.