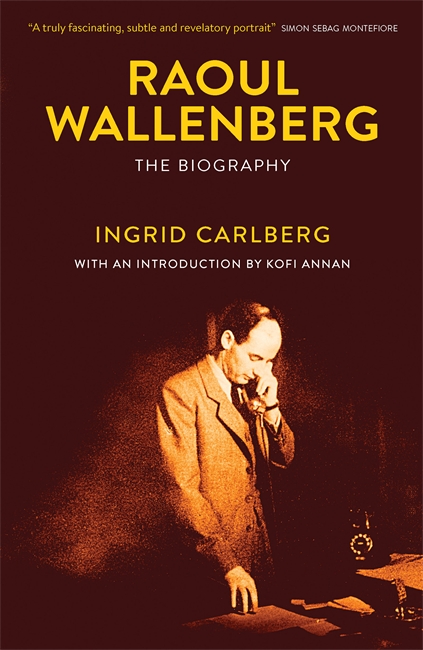 Ingrid Carlberg, winner of the prestigious August Prize for her seminal biography, Raoul Wallenberg, is joined by Philippe Sandsto explore the extraordinary life and unique contribution of this ‘Righteous Man’. As Sweden’s Special Envoy to Budapest in 1944, Wallenberg’s heroism and ingenuity at the height of the Holocaust saved countless lives while ultimately costing him his own. Henry Goodman read extracts from the biography.

Ingrid Carlberg is a Swedish author, and award-winning journalist. Her biography of Raoul Wallenberg was awarded both the August Prize for the best Swedish work of non-fiction and the Swedish Academy’s Axel Hirsch Prize. She lives outside Stockholm and is also the author of four novels.

Philippe Sands QC is Professor of International Law at UCL and a practising barrister. His book, East West Street: On the Origins of Crimes Against Humanity, won the Baillie Gifford Prize.
Henry Goodman