In the 1960s Carmen Callil visited the psychiatrist Anne Darquier and they forged a close bond, tragically broken when Anne committed suicide. Years later, Carmen discovered that Anne’s father was Louis Darquier de Pellepoix, a Nazi collaborator and a con man who had abandoned his daughter at birth. She told their story in Bad Faith: A Forgotten History of Family and Fatherland.

Carmen Callil spoke to  leading historian of France, Julian Jackson, about the man who sent over seventy thousand French Jews to die in Auschwitz and was never brought to justice. 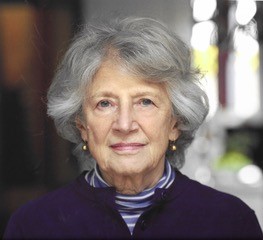 Carmen Callil founded Virago Press in 1972. At Virago, amongst other business and editorial aspects of the company, she was responsible for the creation and development of the Virago Modern Classics list.

Julian Jackson is Professor of modern History at Queen Mary, University of London. He is the author of, among others, France: the Dark Years 1940-1944, The Fall of France and De Gaulle.