Fresh from winning the National Jewish Book Award for his latest novel The Betrayers, Canadian author and filmmaker David Bezmozgis returns to Jewish Book Week to talk to Ben Judah about political principles, personal loyalties and Mossad agents. The novel, set in Crimea, responds in real time to current political and cultural concerns, and touches on the ever increasing complexity of Russian-Jewish identity. 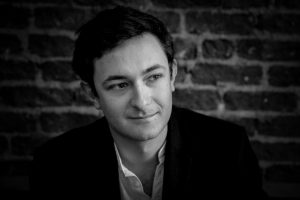