The Ratline: On the Trail of a Nazi Fugitive 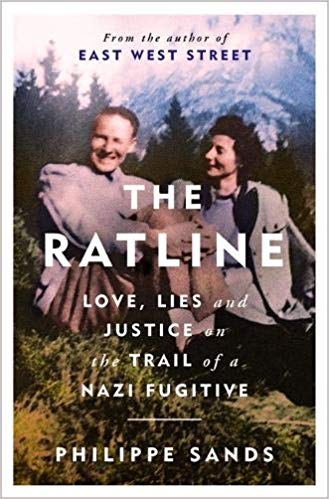 The Ratline is the story of Otto von Wächter who, as the Nazi Governor of Galicia, presided over a territory in which hundreds of thousands of Jews and Poles were killed. Indicted for ‘mass murder’ at the end of the war and hunted by multiple international agencies, Wächter went into hiding, first in the Austrian Alps and then in Rome, where a Vatican bishop gave him refuge. But, just before he could take ‘the ratline’ to Argentina, he unexpectedly died.

A unique and fascinating insight into the life of a Nazi fugitive and the network of spies in early Cold War Rome, The Ratline is also a meticulously researched investigation, unlocking the mysteries surrounding Wächter’s extraordinary life and death.

Tickets are now available to watch a live stream from home.

Philippe Sands QC is Professor of International Law at UCL and a practising barrister. His book, East West Street: On the Origins of Crimes Against Humanity, won the Baillie Gifford Prize.
Elif Shafak

In Partnership with The London Library and Kings Place