A B Yehoshua in Conversation with David Herman

This discussion was recorded via the Zoom webinar facility.

One of the world’s most renowned novelists, A.B. Yehoshua has been dubbed, together with Amos Oz and David Grossman ‘one of the three tenors of Israeli literature’. In conversation with literary critic David Herman he discusses his life and work, and his new novel, The Tunnel, an exploration of identity, ageing, family, secrets and spies.

Yehoshua’s protagonist Zvi Luria has begun to lose his memory. When his wife Dina, a respected paediatrician, suggests he uses his engineering skills to volunteer with the Israel Roads Authority, he finds himself in the Negev planning a secret road for the army. But there’s a mystery… With tenderness and empathy, Yehoshua presents a rich meditation on the entwined identities of Israeli Jews and Palestinians and on the nature of memory. 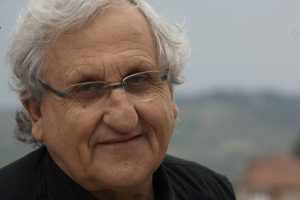 Born in Jerusalem in 1936, A.B. Yehoshua is the author of twelve novels, a collection of short stories, and several plays and volumes of essays. One of Israel’s top novelists, he has won prizes worldwide. An outspoken critic of both Israeli and Palestinian politics, A.B. Yehoshua continues to speak and work for peace.