The Jewish people have always been a disputatious lot. In the contemporary British Jewish community, issues such as attitudes to Israel, antisemitism, Jewish practice and schooling can be deeply divisive. Debates in the Jewish community can often be bitter, angry and alienating. So how can Jews maintain a sense of community and people-hood in the face of such differences? Can a more civil discourse replace some of the angry accusations and counter-accusations? Four very different panellists vocalised their opinions in what was a lively discussion.

Jon Boyd is the Executive Director of the Institute for Jewish Policy Research in London. His recent research examined the attitudes of Jews in Britain towards Israel (co-authored with David Graham). 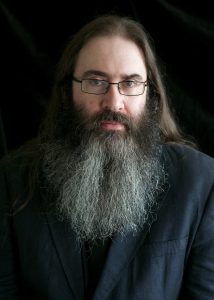 Dr Keith Kahn-Harris is a writer and sociologist. He teaches at Leo Baeck College and Birkbeck College and runs the European Jewish Research Archive at the Institute for Jewish Policy Research.

Miri Weingarten is Director of JNews – alternative Jewish perspectives on Israel and Palestine – and works for Physicians for Human Rights and other organisations.