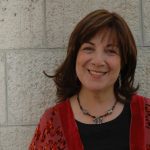 Avivah Gottlieb Zornberg grew up in Glasgow, where her father was Head of the Rabbinical Court. She has a PhD in English Literature from Cambridge University. After teaching English literature at the Hebrew University in Jerusalem, she turned to teaching Torah. Dr Zornberg also holds a visiting lectureship at the London School of Jewish Studies and travels widely, lecturing in Jewish, academic and psychoanalytic arenas. Her previous books include The Murmuring Deep.
Past event

Behold, There Were Twins in her Womb (Gen 25:23)— One Birth, Two Sons, Three Approaches
Jewish Book Week proudly opened the 2007 festival by bringing together admired authorities on the Bible. The majestic translations of the distinguished Hebrew scholar Robert Alter are enhanced by his literary commentaries which illuminate the Bible in its many dimensions. Avivah Zornberg combines literary insights with theological wisdom derived from a lifelong immersion in rabbinic tradition. Under Yair Zakovitch’s expert guidance, they explored Genesis 19:24, the birth of Jacob and...
Read More

Reflections on the Bibilical Unconscious
The great Torah scholar and philosopher underpins literary analysis with classical Freudian concepts to offer us an increased understanding of the motivations of the men and women whose stories form the basis of the Bible. Looking at their interactions with the world, with God, and with hidden parts of themselves. Zornberg offered a fascinating insight into the interaction between the conscious and unconscious and enhances our appreciation of the Bible as the foundational text in our quest to...
Read More

Bewilderments: Reflections on the Book of Numbers

Bewilderments: Reflections on the Book of Numbersdescribes the profound existential scepticism of the Children of Israel’s forty-year wandering through the wilderness, a generation who are the receivers of the Torah, are fed on miracles and nurtured directly by God. Drawing on a variety of sources, including the mystical and Hasidic, author Avivah Gottlieb Zornberg discusses their predicament with Professor Stephen Frosh.

The life of Moses is full of ambiguity. He is one of the most significant figures in Jewish history, making a uniquely potent contribution to both the Jewish religion and the Jewish nation, yet he grew up as an Egyptian. His extraordinary legacy and dual identity are explored by the eminent scholar Avivah Zornberg, whose Moses: A Lifefor the Yale University Press Jewish Lives series will be published later in 2016.