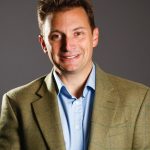 Jonathan Foreman is a journalist and film critic. He was film critic for the New York Post and Co-Founder of StandpointMagazine, launched in 2008, and is now their Writer-at-Large. He has also written for, among many publications, The New Yorker, The National Review, and The Daily Telegraph.
Past event