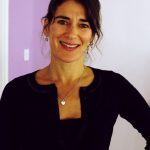 Esther Freud trained as an actress before writing her first novel, Hideous Kinky, which was made into a feature film starring Kate Winslet. Her novels include: Peerless Flats, Summer at Gaglow, The Wild, The Sea House, Love Falls and Lucky Break. She lives in north London and Suffolk. Image c. Emily Green
Past event