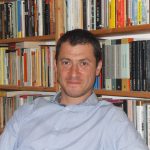 Dan Stone is Professor of Modern History at Royal Holloway, University of London, and has published widely on the Holocaust, genocide and 20th century European history. He is the author or editor of over 14 books including, most recently,Goodbye to All That? The Story of Europe Since 1945.
Past event