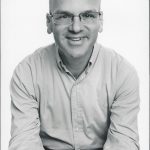 Alain Bornstein is a solicitor. He is fluent in German and French and, together with his wife Judith, edited his father’s Holocaust memoir, The Long Night, which was translated by his sister, Dr Noemie Lopian.
Past event
The Jewish Question
Are we living through a resurgence of antisemitism? Is it connected to Israel, and if so, how? And how deeply entrenched is it in Jewish identity? Anthony Julius believes that the threat of antisemitism is real if sometimes overstated, and is often mediated through each nation’s identity and ideology. French philosopher Alain Finkielkraut argues that the rise of antisemitism in France is bound up with the growing antipathy towards Israel and this defines the new Jewish Question. ...
Read More