Mark Russ Federman, grandson of founder Joel Russ, took over the running of Russ & Daughters from his parents in 1978 and turned it over to the fourth generation, his daughter, Niki, and nephew Josh, in 2009. Mark and Russ & Daughters were most recently featured on the PBS documentary The Jews of New York.
Past event 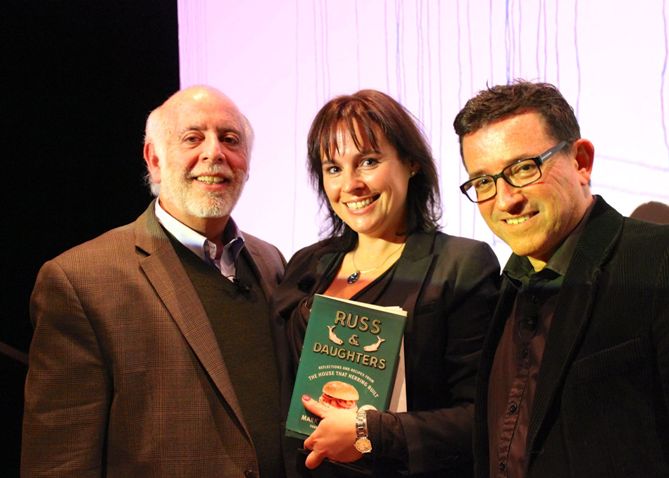 Purveyors of deli specialities in the old Jewish heartlands of New York and London, Mark Russ Federman and Lance Forman shared their families’ experiences running Russ & Daughters on the Lower East Side and Forman & Sons in the East End. From the “Super Heeb” to the “London Cure”, the scions of the New York’s oldest pickled herring shop and Britain’s oldest salmon smokery tell you everything you ever wanted to know about bagels and lox.