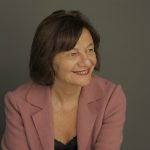 Eva Hoffman grew up in Cracow, Poland and studied music at the Cracow Music Conservatory before emigrating in her teens to Canada and the United States, and eventually settling in Great Britain. After receiving her Ph. D. in literature from Harvard University, she worked as senior editor and cultural critic at The New York Times, and has taught at various British and American universities. Her books, which have been widely translated, include Lost in Translation, Exit Into History, After Such Knowledge and Time, as well as two novels, The Secret and Illuminations (published as Appassionata in the US). She has written and presented numerous programmes for BBC Radio and conceived a series of programmes at the South Bank on Writing and Music. Her awards include the Guggenheim Fellowship, Whiting Award for Writing, an award from the American Academy of Arts and Letters and Prix Italia for Radio, for work combining text and music. She is a Fellow of the Royal Society of Literature, and is currently a Visiting Professor at the European Institute at UCL. She lives in London.
Past event

The Outsider
‘Between man and citizen there is a scar: the foreigner’ Julia Kristeva The idea of the ‘foreigner’ or ‘stranger’, provides a nexus for examining the dynamics and tensions of differing cultures in contact which has long been associated with the Jewish people. A foreigner inhabits spaces both inside and out, allowing a dual perspective and it is this prerogative of exile and displacement which is both enlightening and alienating. Both Julia Kristeva and Eva Hoffman have expl...
Read More
Art and Graft

Eva Hoffman and Richard Sennett, both intellectuals and musicians of the highest standing, discussed what makes the difference between a good and a great performer and the very concept of genius. They argue whether the view of the artist as superior to the craftsman is romantic idealism or reality. They considered these themes in relation to their own intellectual pursuits and explored the role and responsibility of the writer.

George Webber Evening: Sixty Years On
JBW 2012 celebrated the 60th Anniversary of Jewish Book Week. When the first Jewish Book Week took place, memories of the War were painfully fresh and Israel a fragile idealistic fledgling state; It was the year Queen Elizabeth came to the throne and The Diary of Anne Frank was published in English. The world has changed in more ways than we could have foreseen: religion is openly criticised, we live in a multicultural society, Israel has still not achieved peace with its neighbours an...
Read More

And Europe Will Be Stunned – Poland and the Loss or Return of the Jews
With the support of the Polish Cultural Institute, London, The Museum of the History of Polish Jews and Artangel. Event photos (c) Elzbieta Piekacz, courtesy of the Polish Cultural Institute, London. 7.30 pm And Europe Will Be Stunned Part I Nightmares Part II Wall and Tower Part III Assassination 8.30 pm Interval 8.50 pm Discussion Jewish Book Week 2013 hosted an evening dedicated to new interpretations of Poland’s Jewish past and the potential ...
Read More
Cherchez la femme
Lisa Appignanesi, Stephen Frosh, Eva Hoffman and John Launer discuss how sex became a scandal, not only in the so-called “dangerous method”, psychoanalysis, but also beyond the consulting room. Early 20th century Europe was a cauldron of fertile ideas, Victorian repression, antisemitism and illicit liaisons. John Launer’s Sex versus Survival: the Life and Ideas of Sabina Spielrein recounts how sex and Jewishnes...
Read More 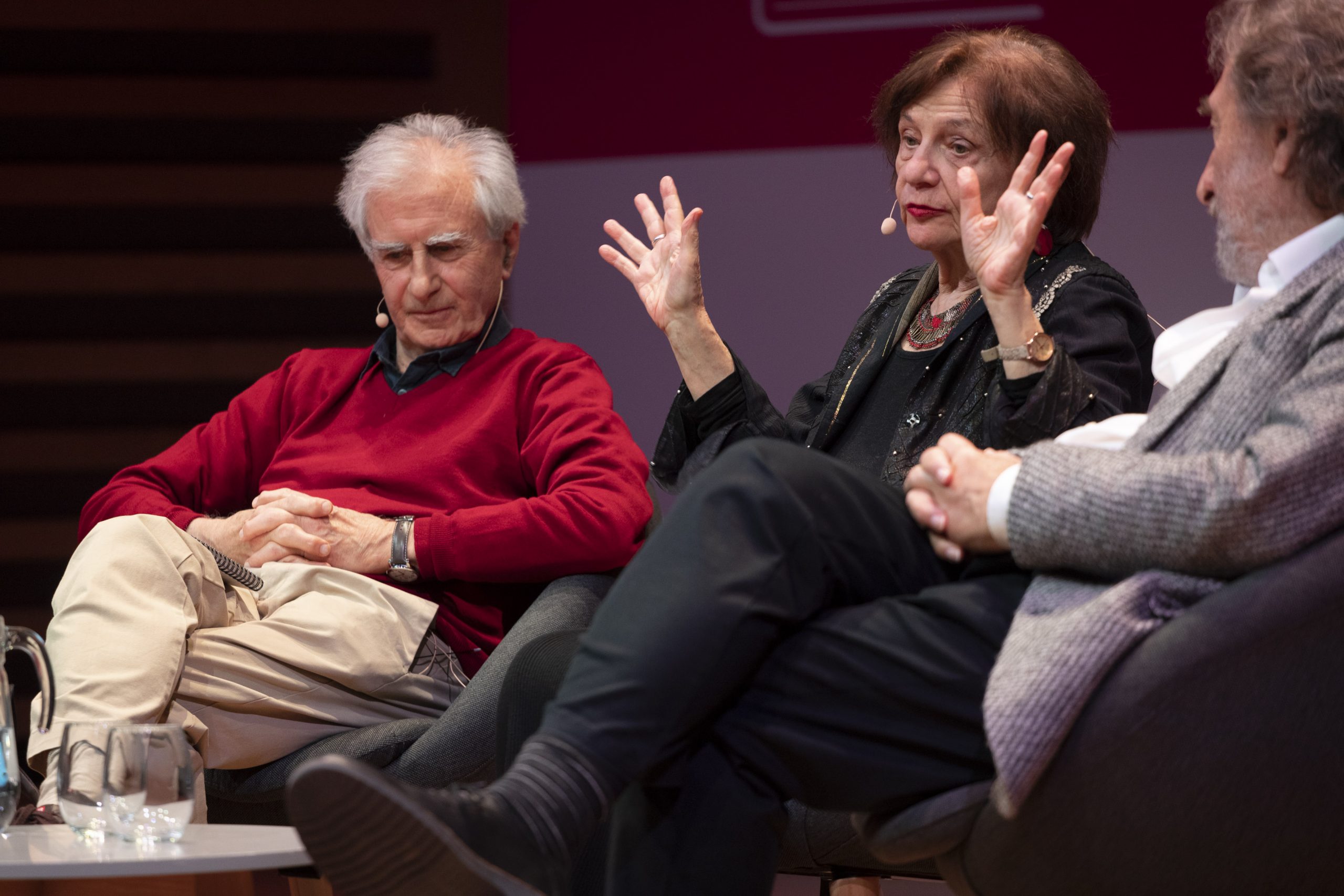 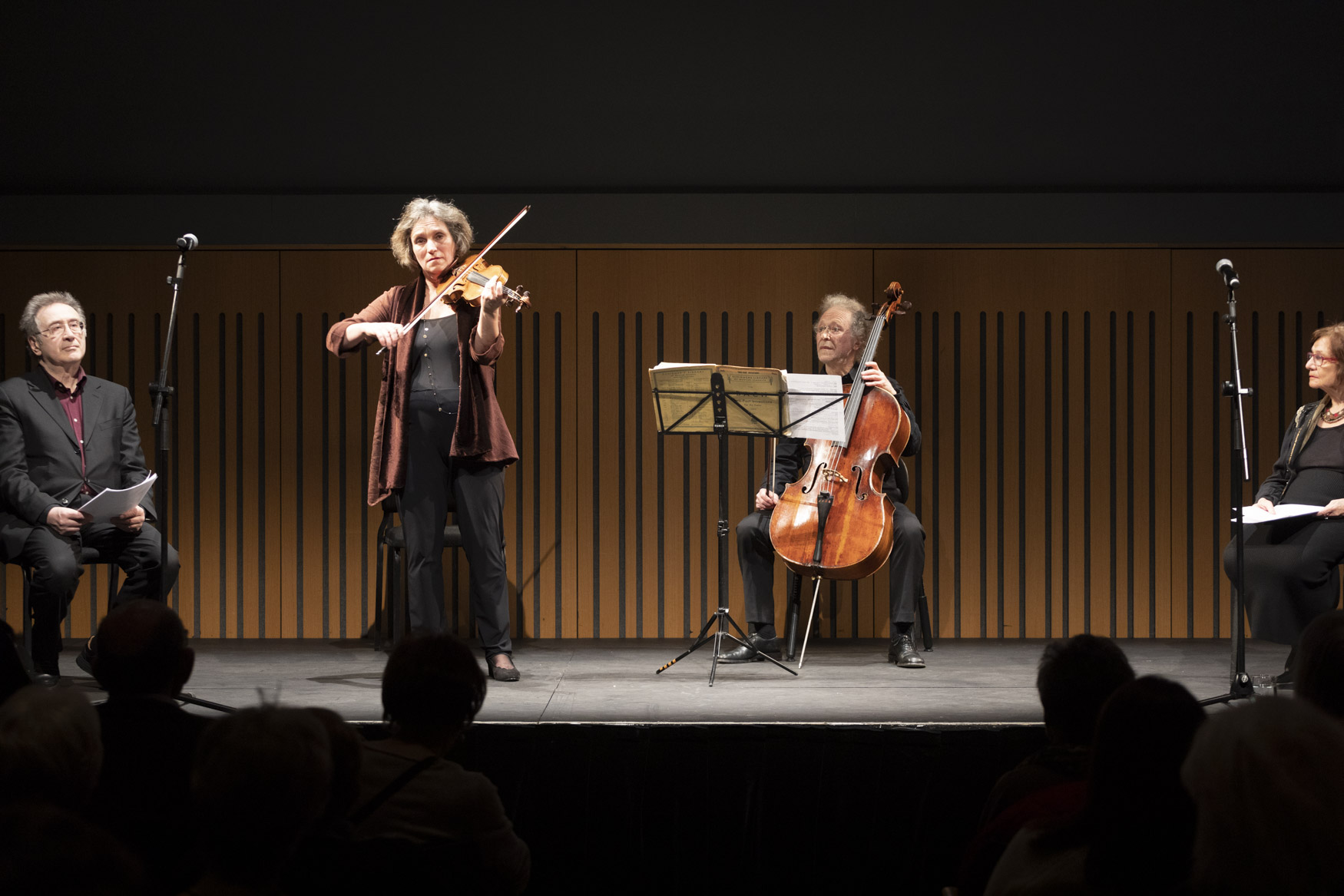 Conversations with Bach
Reaching across three centuries, Johann Sebastian Bach’s compositions for solo violin and cello are brought to life with readings of new poetry and prose by celebrated authors George Szirtes and Eva Hoffman. George’s poems play with the dance rhythms of Bach’s music, while Eva composes personal letters to Bach, asking questions about the tensions between his creativity and his personal life, the sources of his music in his time – and the myste...
Read More
Previous Contributor Next Contributor